A roadmap for public and private sectors to build regenerative, circular cities

Metabolic, Enel North America, Closed Loop Partners, Volans, and Pyxera Global are giants in the field of promoting circular models that improve our economies, societies, and environment. During a recent panel discussion, their experts shared a roadmap for how the public and private sectors can create circular cities.

Like many retailers, even thrift stores are online. You can now find 300 second-hand stores on Thrilling, a website that enables boutiques to re-sell clothing directly to online treasure-seekers. The difference with other e-commerce platforms is that Thrilling is an environmentally friendly alternative to fast fashion, demonstrating how the antiquated, linear form of manufacturing — “take-make-waste” — can transform with the right circular model in place. Instead of being destined to be dumped or burned, clothing can find new life with even wider audiences, thanks to investment from Closed Loop Partners.

That is just one example of a circular economy, which builds on the concept of regenerative capitalism. An idea that goes beyond corporate responsibility, it expands a system’s resilience and regeneration, in economies, societies, politics, and the natural environment.

“It’s about creating a fundamentally different economic system that keeps materials circulating at their highest possible value, with the goal of fairly and equitably distributing resources within the safe operating boundaries of our planet’s carrying capacity,” explained Metabolic’s founder and CEO Eva Gladek, during the webinar “Inclusive Circular City Design: A Regenerative Roadmap,” held during Circular City Week New York.

Gladek and other regenerative thought leaders from the private and social sectors discussed the potential and the limitations of regenerative capitalism and how it can be incorporated into municipalities striving to become circular cities.

Optimizing resources improves both the cost structure for cities and the economics of wasted capital.

“The more we can optimize, the less resource and financial waste that the municipality has,” said Bridget Croke, managing director of Closed Loop Partners, an investment firm that invests in Thrilling and other companies that innovate on a regenerative model. The firm is an example of the private sector working to build an ecosystem that creates circular supply chains, an approach that the public sector can also adopt.

Up to now, the private sector has applied regenerative practices only when consumers have demanded change, for example, prompting companies to switch to green packaging. But the panelists agreed that this is not enough. The public sector would have even more influence on change by enforcing regulations that are regenerative by nature, thus dictating a broad market signal that it is time to transition to circular models.

“We’re definitely seeing the most innovation in the plastics, packaging, and textile sectors,” Croke said. “But without continued public sector engagement there, it’s going to be hard to continue to move those along at the speed we need. We’re hoping to see that level of pressure that’s been put on the packaging sector move into some of these other sectors.”

The transition is already happening in some sectors, like energy. That is according to Peter Perrault, senior manager for Circular Economy at Enel North America, which develops hydroelectric, wind, solar, and geothermal plants across North America. “From 1900 to 2015, the world saw a twelve-fold increase in our material consumption, and that is expected to double again in the next 30 years,” Perrault said. “If this is where the economy at a global level is being driven, then we have to mindfully manage the air, water waste, emissions, food, and other resources in a holistic manner. And energy is going to, hopefully, play a key role in fostering the transition towards circular cities.”

Enel, for example, employs a dual-use solar model. Co-developing land for both ecological purposes and for solar generation ensures land is used to its full potential. The vast farmlands of North America are among the best places to capture solar power in this way. Enel introduces circular economy metrics into each new project, and rewards vendors for meeting certain sustainability criteria with commercial offsets. A renewable energy sector that also spurs economic growth shows how regenerative capitalism could holistically improve anything from grazing and farmland, to new food markets, educational opportunities at universities, and employment within both the agriculture and energy sectors.

The power of the public sector

As for the public sector, city governments play a vital role. A city’s regenerative upstream business model first requires a strong vision from its municipality, Gladek says. “They have the ability to bring stakeholders together and co-create that vision,” Gladek said. “To transmit that, they empower different parts of the population, engage with citizens and civil society groups.” The vision should focus on creating rich and strong communities and improving livelihoods, not only preventing environmental collapse.

This type of engagement is key to make real change, said John Elkington, an authority on corporate responsibility and sustainable development, author, and entrepreneur.

“I’ve visited incubators in different cities that are working on new technologies and business models, but I think the biggest challenge for cities is empowering and informing their citizens to play a role in all this,” said Elkington, referring to his work as an urban planner. “That includes cities encouraging educational institutions to patch climate change studies into their curricula.” He says this would help open the line of communication and innovation between companies and governments with sustainable practices.

To get them talking and speaking the same language, Croke — a liaison between the public and private sector — lays the onus on cities. They “have a ton of power and influence over companies,” she said. “Municipalities set the market signal and procure contracts with local service providers.” Local policy around regenerative practices could build enough momentum to reach policymakers at the regional and national level, the most challenging arenas for good policies that support a circular economy.

Pittsburgh, Pennsylvania is a case in point. Ecoinnovation Districts promote environmental and social sustainability, innovative development practices, and inclusive job growth. The municipality and the local university also participate in the Marshall Plan for Middle America, which aims to build a coalition of stakeholders to drive investment in infrastructure and energy diversification for an equitable economic recovery.

Building economies bottom up like this can bring marginalized communities directly into the regenerative capitalism fold, developing areas of urban blight and underserved neighborhoods.

“These communities have to be front and center in also co-creating that narrative,” Gladek said. “And it has to be something that they feel really genuinely part of, not something that’s being forced from a different place in society.”

On the back end, such plans also provide standardization for environmental product declarations, life cycle assessments of purchased assets, and contractual obligations for governments to recycle materials. Private, social, and public sectors working together can ultimately streamline waste management infrastructure, create new economic models that are regenerative in nature, and break the chains of the current take-make-waste approach.

The panelists were hopeful this would make for a more inclusive and equal society — one where entrepreneurs, like the owners of Thrilling, can scale while living out their personal values of protecting the environment, supporting small and local businesses, and celebrating diversity. 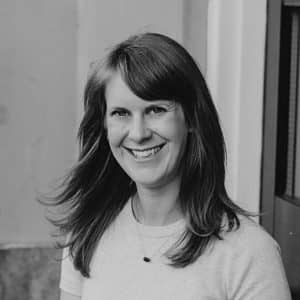 Reach out to our

Value at Risk in the Global Blue Economy

The Aquaponics Greenhouse at De Ceuvel

A venture-building program and startup studio, Fresh Ventures is on a mission to transform the agrifood system to a regenerative and resilient state.