Towards a circular agri-food system in the Baltic

279 kilotons of nutrients flow into in the Baltic Sea every year, which leads to ecological dead zones. Much of it could be recovered and reused. We analyzed the production and consumption of food in the Baltic Sea basin, looking for opportunities to close the loop on nitrogen and phosphorus flows. 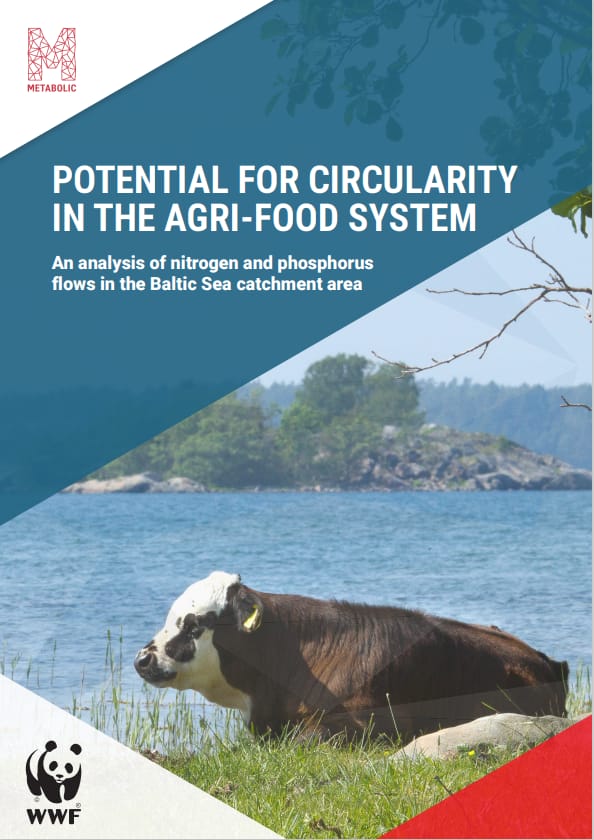 Despite conservation efforts in recent years, the Baltic sea is in poor health. Much of the sea has been flooded by an oversupply of nutrient run-off from surrounding agricultural land. Many farmers, farmer organizations and food businesses have worked hard to develop and implement methods to reduce the loads of excess nutrients that end up in the Baltic Sea. Despite these efforts, there is still a great need to reduce nutrient runoff from arable land and take further steps to capture and cycle human waste, crop residues and manure back into the system where possible.

To address these challenges, WWF commissioned Metabolic to analyze the flows of nitrogen and phosphorus within the agri-food system in the Baltic Sea catchment, and to identify key opportunities for nutrient capture and reuse.

Using a systems analysis and circular economy approach, we created a comprehensive overview of the current flow of nutrients within the Baltic Sea catchment area. Our study highlights the low level of nutrients that are currently re-used within the region, and identifies key opportunities to capture nutrients and reduce the amount that leaks into the Baltic. These findings were used to co-create a vision for the system with key stakeholders, leading to propositions for concrete activities in the region.

Circulating under-utilized nutrients within the system and building cooperation

The study shows that nutrients are continuously imported into the catchment area in large quantities through both mineral fertilizers and animal feed, causing excessive nutrient loading. These nutrients have predominantly linear flows, with 80% of all nitrogen and 75% of phosphorus applied to crops in the region being introduced. Additionally, half of all nitrogen and phosphorus applied to crops are lost, and only 9% of nitrogen and 13% of phosphorus is cycled back into the agri-food system. This process is degrading soil health, loading terrestrial ecosystems with excess nutrients, and polluting freshwater and marine habitats.

We identified the following hotspots for capturing linear nutrient flows:

“This study by Metabolic is a critical step in informing the Baltic Stewardship Initiative, and towards a circular agri-food system in the Baltic region. The nitrogen and phosphorus cycles are two of the most overshot planetary boundaries. Cycling and re-using these crucial nutrients will go a long way to improving the health of both the Baltic sea and the soil of the surrounding region.”

For more information about this project, please get in touch.

The Aquaponics Greenhouse at De Ceuvel