Ready to stock up on food waste? Instock puts rescued produce back on the table

Published on the 7th of February 2020 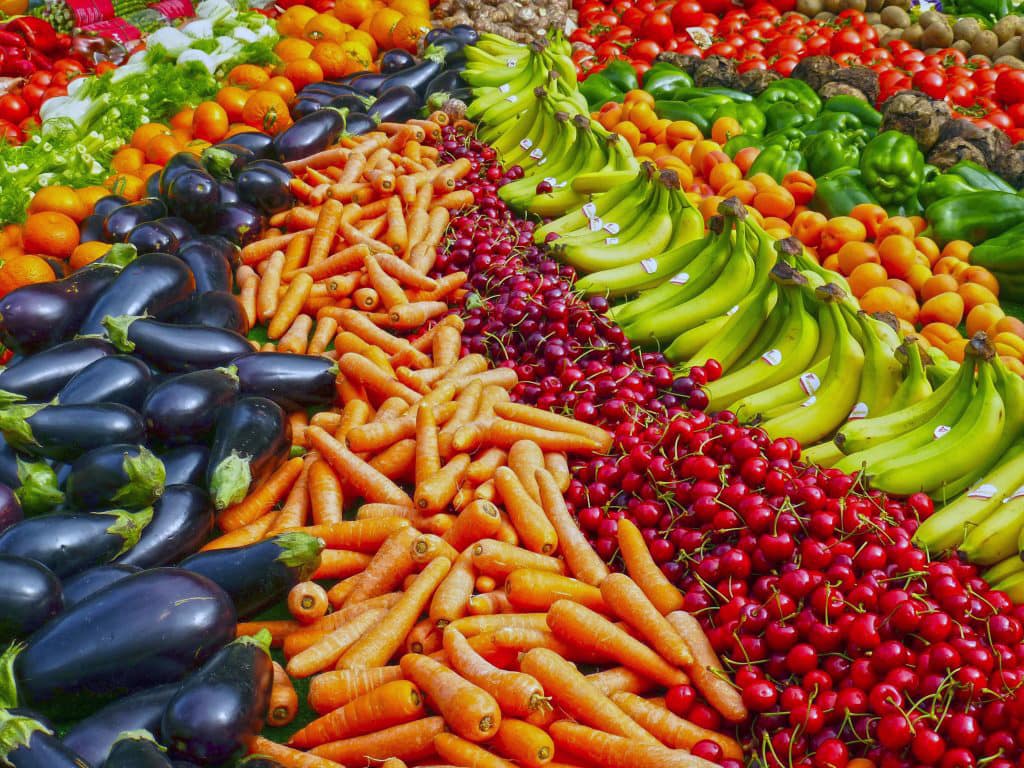 Instead of delicious food being thrown out, Instock redirects it onto a plate. In this interview, they explain how they rescue fresh and healthy produce in the Netherlands. Of all the food in the world which is cultivated for consumption, one-third goes to the landfill. It’s not just the food that’s wasted but the energy of farming, processing and transporting it. This Dutch innovative initiative shows it possible to create a business out of food waste. They have their own restaurants serving rescued food, a marketplace for restaurants to buy fresh produce otherwise destined for the bin, and also offer beer and granola products made from food waste.

Throughout the Dutch Week of the Circular Economy, we are shining a spotlight on inspiring sustainable initiatives in the Netherlands. Joining forces with startups, social entrepreneurs, creative professionals, leading companies, and forward thinking governments, to showcase what a circular economy can look like. Meet the pioneers, learn from them and get inspired! Today we talked to Freke van Nimwegen, founder of Instock in Amsterdam, on how they rescue food.

What inspired you to start Instock?

We were working at a supermarket where we were confronted with this worldwide challenge: to feed 10 billion people by 2030. So we started a pop-up restaurant as a low-key and simple project. One goal was to give the otherwise wasted food a new destination, and another goal was to make people more aware. I noticed that a lot of people cared about food waste, but they didn’t really know what the figures were. So my colleagues and I were inspired to bring that out to the rest of the world and to the Albert Heijn (Dutch supermarket) where we were working at the time. We had to take them on the story of food waste and come up with a really positive new idea to get people interested in doing more than just talking about the problem. We pitched our idea at the internal innovation competition at Albert Heijn, and after winning we told them we really want to follow through and make it happen and we managed to get their support and funding.

What can you tell me about the problem of food waste, how do you tackle it and how much food have you saved?

One-third of all food is wasted, and that happens mostly at the beginning and the end of the food chain. Right now at Instock we’re mostly focusing on the primary industry, so the food that is either at the farmers, producers, packaging companies or the broker. There is a lot of waste already before the retailer food companies even get it so we focus on their products that would be wasted otherwise, but are still perfectly fine. We then bring it to our restaurants as well as others to make sure it’s used. We have now saved close to 900,000 kilos from going in the bin.

What is the story of the Instock restaurants?

We started the restaurants in 2014 and our press release got so much attention we were fully booked immediately. We now have restaurants in 3 locations, one of them is in the political heart in The Hague which is great to create awareness, as politicians come to eat there. We have found really creative chefs who create lunch and dinner with whatever comes in. They used to have to make new recipes often, but over the years we’ve been able to establish a database of recipes to handle whatever comes in. For example, if beetroots come in we have a recipe for beetroot risotto which we can make for three weeks or three days depending on the quantity. We now have more and regular suppliers with larger quantities so we have a better prediction of what we are going to get. Also our creative chefs have come up with recipes that we have made a cookbook out of.

Could you tell me more about the beer and granola products that have been made from rescued food?

Because some products are wasted more than others we tried to see what we could use them for. So together with a local Amsterdam brewery, we made Pieper Bier from rescued potatoes and Bammetjes Bier from rescued bread. From this collaboration we discovered that the grain which is left over after making beer at breweries, is still a very nutritious product with a lot of fibers and protein, so we use that as the base for our Instock Granola.

And now you have a marketplace to distribute even more food which would otherwise be wasted?

We are constantly making decisions based on our impact: Do we rescue enough food? Do we inspire enough people? And we also found out that there were a lot of restaurant owners and chefs wanting to work the same way that we do, but they didn’t really have the network or a business case to set up a whole supplier network. We do have the network and distribution already and we realized we could make much more impact if we focus on the backend. We make sure that all the food suppliers make their products accessible, and then we can find a new destination for it making sure that all the logistics are arranged. We work mostly with fresh products that are not processed, like cauliflower or potatoes. We collect the products at our Food Rescue Centre, put it on our online InstockMarket place and then chefs can just order what they like, and we bring it to them the next day.

What do you think are the biggest barriers to getting more initiatives to use food waste?

In general, our whole system is based on a linear economy. The business case for a circular product is hard because it takes more time and money to get products that would be wasted otherwise. So, for example, it would have been cheaper for us in the beginning to just buy it at the wholesaler than what we were doing. But right now we’re just seeing that as we are scaling up, with more suppliers and higher quantities delivering to Instock, then it becomes cheaper. It’s the same for packing and plastics, a lot of people want to work with recycled plastic but if it’s so much more expensive than normal plastic then why would they? Taxes could play a big role in this because now we are taxing income, but if we taxed resources then it would become a lot more interesting for companies to work towards circular business.

Could you tell me more about the ‘zero waste hierarchy’ and what you think are the best solutions?

The summary is to reduce, reuse, recycle, in that order. For us, of course, if you can prevent products or food from becoming waste, that’s better. After this, we reuse and recycle. If the food is not edible anymore then at least keep the value as high as possible. So for example, make compost out of it or animal feed from it instead of burning it or throwing it into the landfill.

What would you like to see happen in the food industry to accelerate the transition to a circular economy?

We just need to use what is available and local. We have so many beautiful products which are at our doorstep. I would like to see that at least the whole food service industry is working with the products which are locally available first, so Dutch products here and if it is flown into the Netherlands than to at least we use it. Also I’d like to see more people eating a plant-based diet, because if you look at the impact you have as a person on the environment, then one-third of that is because of what you eat and drink, not only driving cars and taking flights which is what most people think of. But if you look at your eating habits, the biggest step forward you can take is to eat more plant-based and waste less food.