One year after the de Ceuvel opening, on June 20, 2015, Metabolic and de Ceuvel hosted the opening of the Cleantech Playground.

The Cleantech Playground is a living lab exploring how clean technologies can be most effectively integrated into the built environment. It works with the general public and experts to create circular cities and smart neighborhoods.

At the epicenter of the Cleantech Playground is Metabolic Lab, a facility for education, demonstration, and research. Metabolic Lab is a place for the public to engage with new ways to use, produce, and recycle resources. Renewable energy, nutrient recycling, water filtration, and urban farming are on display to trigger different ways of designing resilience into the fabric of urban communities.

Together with partners like Waternet, we are developing a number of education programs and events around topics like sustainable cities, green building, food systems, and civic entrepreneurship. For more information, visit Metabolic Lab’s website.

Just over a year and a half ago, the boats were lifted from the water and placed on land. To fit the urban plan, Metabolic Lab had to be cut in half. From very early on, the idea of The Cleantech Playground at De Ceuvel was to show new ways of redeveloping urban areas. The idea was to show that ‘sustainability’ did not have to be expensive, and by using DIY technology we could both reduce our footprint to a minimum while educating the public about these technologies and reasons for using them. 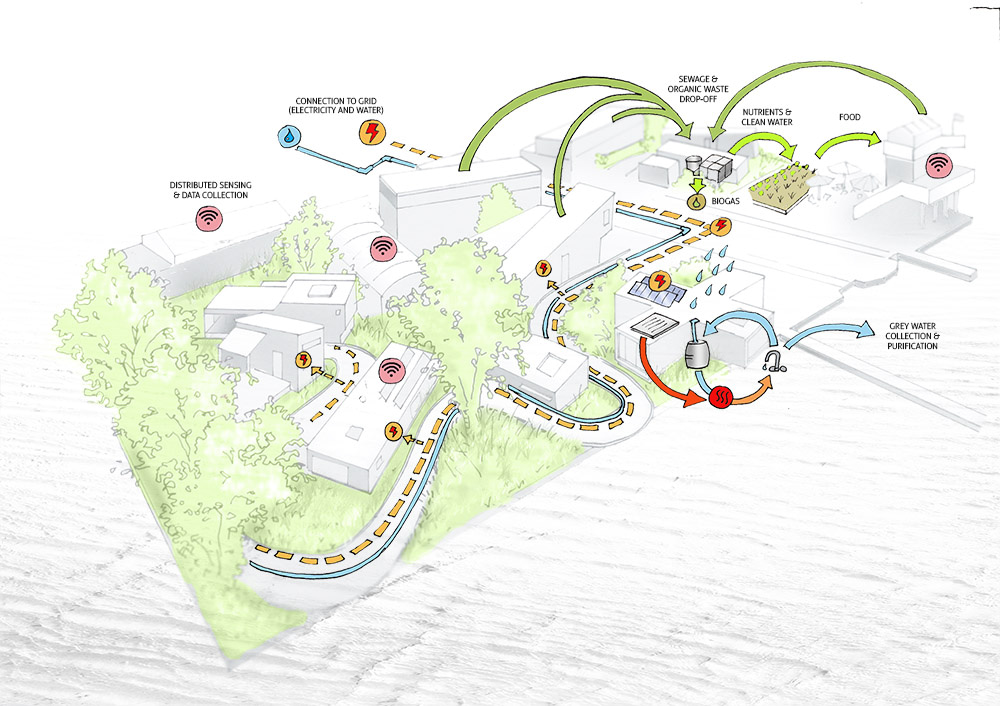 Metabolic Lab was envisioned as a research and education facility. A place where we could both host the public and targetted groups while simultaneously researching new ways to close the nutrient cycle in an urban context. Our mission was to makeMetabolic Lab the epicenter and the public face of the Cleantech Playground in Amsterdam, catalyzing action through knowledge and inspiration. 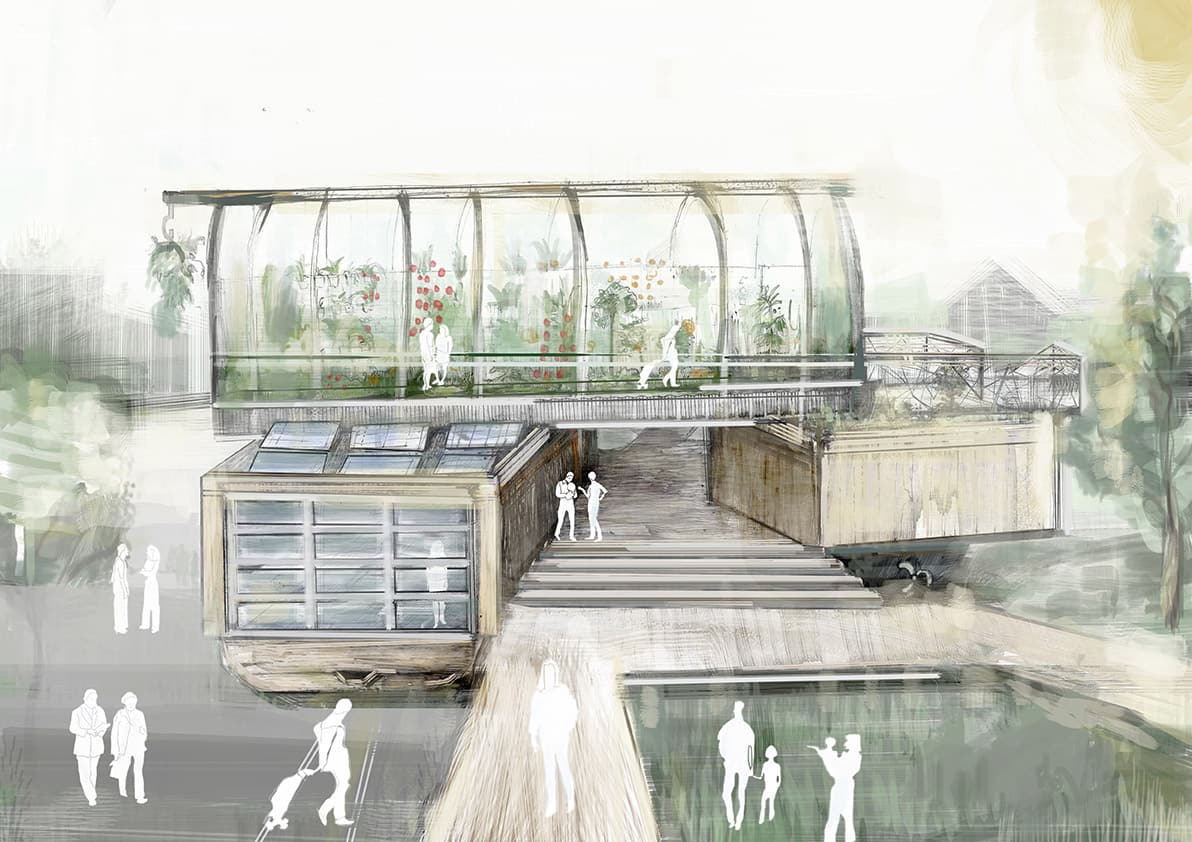 From the outside, Metabolic Lab was designed to be a beautiful and unique landmark in Amsterdam North. Behind the scenes, it acts as a high-tech hub for resource cycling.

The idea is to use the basic cycles taking place in real time at De Ceuvel to explore about larger systems that make our neighborhoods and economies function.

Gearing up for the opening, our team worked to get the main pieces of the greenhouse in place. There’s something uniquely exciting about building an oddly shaped glass building and transporting it across the city to sit atop a modified houseboat placed on land. 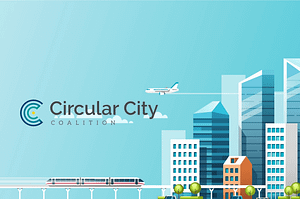