How the public sector can use DLTs for good

Distributed Ledger Technology, the parent technology to blockchains and cryptocurrency, can play an important role in solving critical issues facing public organizations across Europe, though collaboration between the public sector and DLT developers is still rare.

DLT enables decentralized methods for sharing, storing, and securing transactions; validating and managing access to data; and widening participation within decision-making processes — all without intermediaries.

“DLTs have the potential to create real value in the public and social sector,” said Liz Corbin, director of the Metabolic Institute and a project coordinator for DLT4EU, an EU-funded project piloting DLT solutions. “They can bring much-needed transparency and efficiency to public goods and services. They can facilitate multi-stakeholder systems that are often highly complex, particularly when you look at public-private value chains, and they can enable systems for participatory decision-making, where communities are taking a far more active role in shaping civic life.”

The core of the DLT4EU program, which wrapped up with a roundtable discussion in May, was to drive innovation in the public sector for social good by connecting the expertise of top-notch entrepreneurs and developers with beneficiaries. During the accelerator program, Metabolic and two partners, Digital Catapult and Ideas for Change, worked with eight venture teams to develop cutting-edge DLT solutions. The teams worked with circular economy, digital citizenship, and public sector innovation experts to address existing challenges faced by public organizations.

The program applied an ecosystem-based acceleration model to foster early-stage innovation and strengthen the collaboration between public actors and DLT developers. Specifically, the Virtual Field Lab, or VFL, that evolved at scale during this program connected the venture teams with public sector representatives to create and trial proof-of-concept prototypes in real-world scenarios. The VFL provided a forum where public sector actors could contribute their expertise and insight directly to the DLT organizations, who rarely get such hands-on, experienced input.

“These virtual field lab structures act as a microcosm for challenges experienced across the European Union for the public and social sectors,” said DLT4EU’s program manager Alice MacNeil.

Take General Data Protection Regulation (GDPR), the legal framework that sets guidelines for the collection and processing of personal information in the EU.

“We all know that the GDPR is fantastic, but it has also been quite a barrier to some of the developments around data sovereignty solutions,” MacNeil said. “We had a VFL focused exactly on this between AID:Tech and the city of Helsingborg in Sweden, which threw up this kind of barrier because the Swedish government has a local interpretation on top of GDPR. Through the VFL, we were able to bring those actors within the government who work on GDPR and the compliance around it to the table of innovation early on in the ideation and scoping phases.”

Through that experience, AID:Tech learned what their solution needed to fulfill; Helsingborg learned how GDPR affects what they would like to provide to their citizens; and citizens learned exactly what this all means for them. Because the team was able to dig in a deep collaborative sense so early on in the process, they could make design choices into any solution or service they were developing.

“And that’s really what we found across all eight VFLs,” MacNeil said. “That’s the power of it.”

Alexandre Pólvora, a policy analyst at the JRC European Commission Science Hub, agreed. He said the VFL model was successful because young companies had direct access to expertise and guidance, which was critical to ensuring that the development that took place was grounded. Curating an ecosystem of experts and practitioners around the VFLs made the labs agile, which drastically reduced barriers and uncertainties that are often baked within DLT development.

“We’re really excited about replicating the DLT4EU model across broader experimentation or incubation programs,” Corbin said. “We imagine a near future where there are VFLs in every city in Europe that are incubating solutions to real-world challenges.”

Francesca Bria, president of the Italian National Innovation Fund, said the focus of using DLT should not be on the technology itself but rather as a visible tool that improves the lives of citizens and their communities. Thus, the starting point should come from the concrete problems that the public sector faces in delivering services to citizens, and then, once those are identified, DLTs can be explored as a way to help alleviate them.

“Guys, forget about this,” Bria said. “You’re going to have to say, it improves mobility, it improves the fight against climate change, affordable housing, a better city, better participation. It’s not going to be about DLTs.”

Significant pressure on the public sector to maintain best-practice around data governance is leading a growing number of politicians, technologists, academics, and other relevant stakeholders around the world to become more interested in distributed ledgers. The European Commission’s Digital Strategy is also considered an important driver for accelerating the adoption of distributed ledgers in the European public sector. DLT’s promise of enhancing transparency, data integrity, access control, and security can assist in ‘future-proofing’ and improving European public administration.

João Farinha, an advisor for the digital transition of the Portuguese government, called for more space for the public sector to try innovation and to support projects that are out of the box “and provoke the way we are addressing social issues.”

For Chris Speed, the chair in design informatics at the Edinburgh College of Art, adoption is tough in any new technology space and especially tough for DLT, where it is difficult from both private and public services’ perspective to imagine “not owning the perceived products.”

“I always used to think that Henry Ford had it easy when he asked what people wanted and they said faster horses. At least people knew they wanted horses. For blockchain? I’m not sure what people think… or what we think people actually want.”

An engaging design has the ability to convene teams around stories, visions, and ultimately, experiences, which would help people understand what the technology can do, Speed said. He said programs like DLT4EU open up different ways of thinking.

“We need more experiments like this because they drive collaboration,” he said, adding that they also drive stories that help us envision how emerging technology can help shape a better world.

Three accelerator teams were awarded funding to keep working on their initiatives:

Capturing more value for women’s cooperatives through a digital passport

How can DLTs help improve a fairer market? Convergence.tech addressed this challenge raised by the UNDP Alternative Finance Lab and UNDP Morocco. The team designed a digital passport that facilitates the direct trade of argan oil from women’s cooperatives in South West Morocco with exporters and buyers.

A machine learning-based solution to improve impact reporting for NGOs

Humanitarian agencies face barriers with their reporting and verification processes. To solve that, UK-based Alice developed a machine learning-based system that automates the data ecosystem to help the impact reporting of the Instant Network Schools program, led by the Vodafone Foundation, UNHCR, and the UN Refugee Agency. The program offers digital learning to young refugees in Africa.

eReuse empowered citizens to reuse and recycle electronic devices by promoting a circular consumption model of electronics in the Municipality of Sant Boi de Llobregat (Barcelona). The team designed a platform that distributes computers to schools and families through a peer-to-peer marketplace that reduces environmental impact and the digital divide. The protocol coordinates electronic device refurbishers and measures circularity through a DLT-based system. 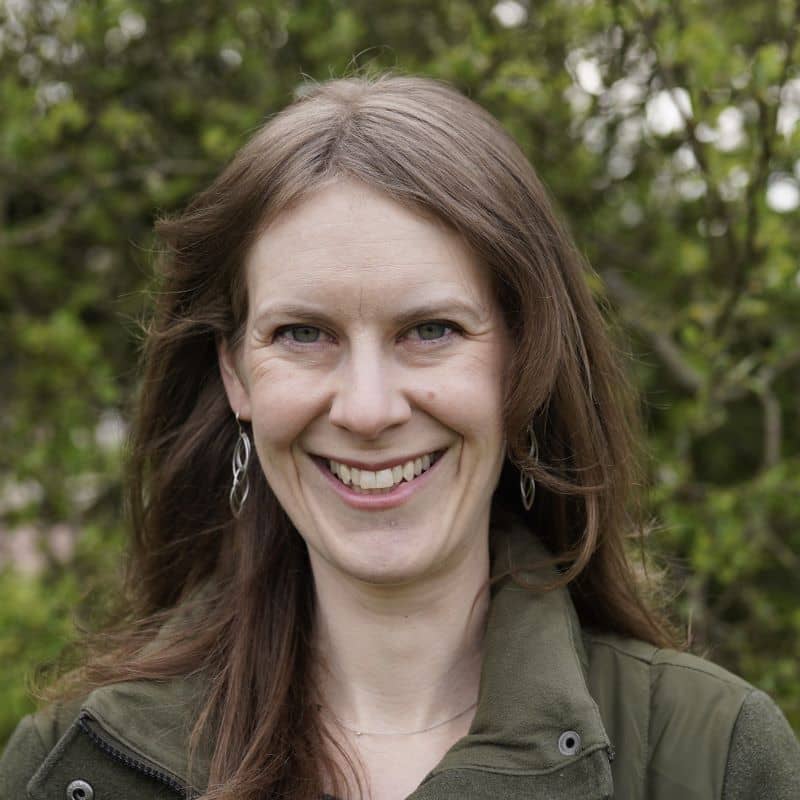 Reach out to our

Nature Action Tracker: monitoring actions and outcomes for nature How can we track what actions countries are taking to restore nature? We helped WWF International