Ecosystem services: is it wrong to put a price on nature? 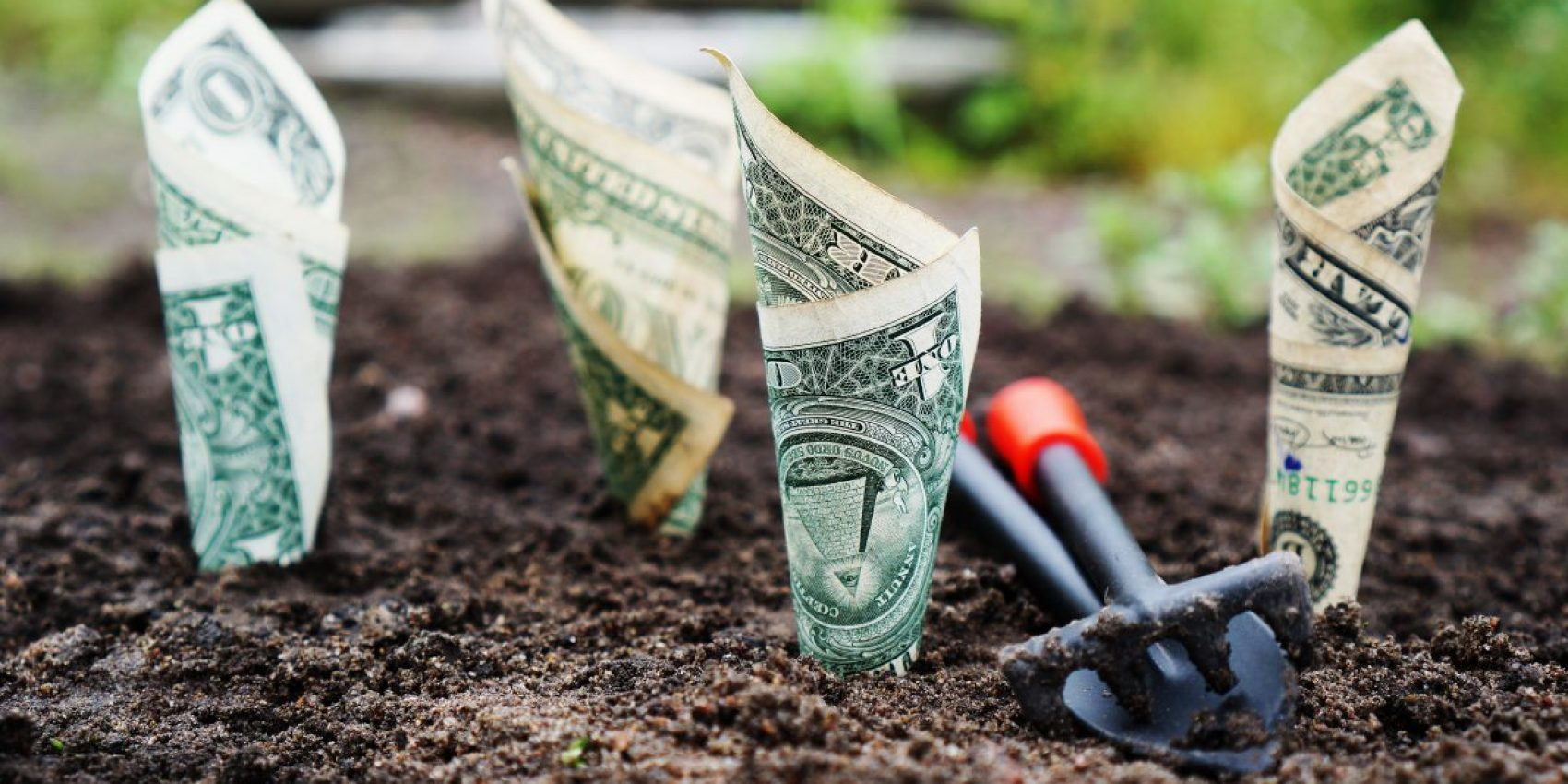 Fresh from a six month placement with Metabolic, Nina de Haan explains why her study of ecosystem services led her to believe they are unfairly maligned.

Can putting a price on nature help to protect it? This controversial question lies at the heart of a concept that has been a point of much contention in recent years: ecosystem services. In the research I undertook as part of my MSc thesis on this approach, I came across a great deal of criticism of ecosystem services, but I believe a lot of the opposition is borne out of a lack of context regarding what they are really all about. In my thesis, which I undertook as part of my MSc in Environmental Sciences at Wageningen University, I identified changes in ecosystem services supply in the Dutch municipality of Berg en Dal from self-made ecosystem services maps, after which I related these changes to governance changes that had occurred.

As defined in the Millennium Ecosystem Assessment, ecosystem services are the benefits humans derive from nature, directly and indirectly. These include goods like food, water and raw materials, but also services like climate regulation, pollination, waste treatment, and recreation and ecotourism. In assessments, ecosystem services are quantified with the purpose of explicitly including them in decision-making processes, so to prevent the decrease of valuable services on which we humans depend.

Generally, most decision-making practices – like using cost-benefit analyses – predominantly focus on marketable goods and services, and do not include many aspects or benefits of nature and environment. This often leads to conversion of nature into vegetation types or structures that seemingly provide more value, but in reality do not. A frequently used example is converting a rainforest into an oil palm plantation. Ecosystem services assessment reveals that the rainforest provides services of a higher total value than the oil palm plantation (e.g. Dislich et al., 2017). In contrast, a regular cost-benefit analysis likely concludes that the conversion increases the benefits, because it focuses on the marketable goods and services, namely the value of timber and palm oil and the costs of the conversion, and it leaves out the rest. 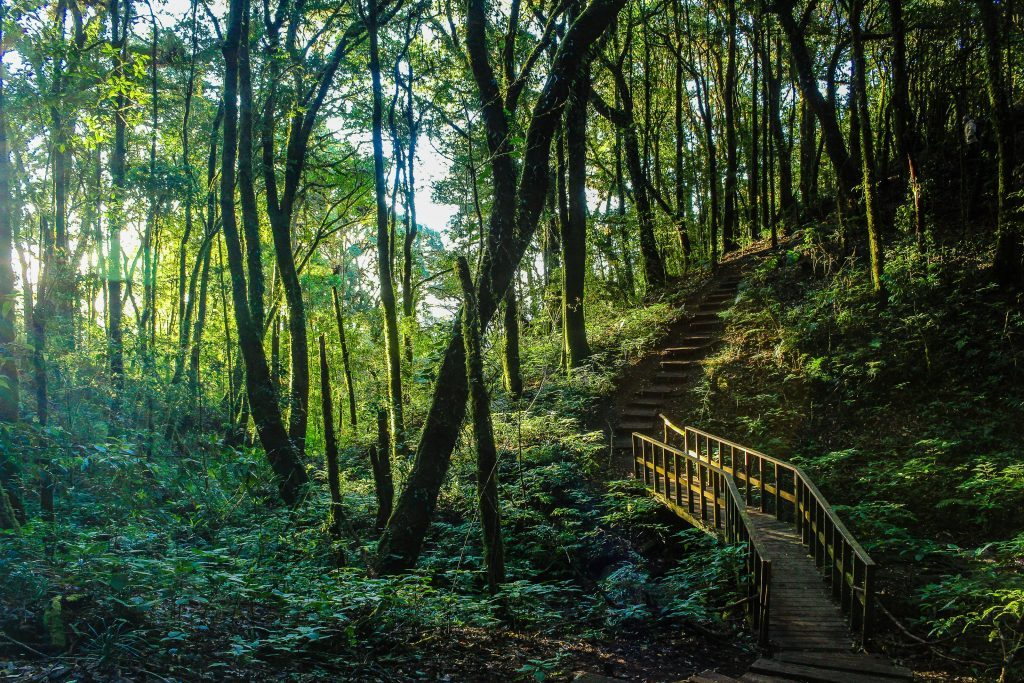 Let’s address some of the common narratives that call the concept of ecosystem services into question:

Putting a price on nature is too anthropocentric, as it implies nature only harbors value if it generates a service for humans.

The ecosystem service approach does not dictate that nature is solely of value to humans. It merely acknowledges nature’s worth to people and thereby also our dependence on nature and its resources. Costanza et al. (2017) state that “rather than implying that humans are the only thing that matters, the concept of ecosystem services makes it clear that the whole system matters, both to humans and to the other species we are interdependent with.” They call it a “whole system aware” view “of humans embedded in society and embedded in the rest of nature”. So instead of the ecosystem services approach being anthropocentric, it actually has eco-centrism as its basis.

Explicit valuation of ecosystem services is not much different from what all of us already do in our daily decision-making – for example in the supermarket. Normally, when faced with choices, we identify the costs and benefits of the alternative options, we valuate and weigh them, and finally choose the option that yields the highest well-being for ourselves and/or others. We may not use the ecosystem services concept, but the process is similar. Costanza et al. (2017) write that “as long as we are forced to make choices, we are going through the process of valuation.”

Many eco-centric people think nature should be protected at all costs because of its intrinsic value. Well, that viewpoint is actually an implicit valuation, in which nature is given a higher value than any possible alternative (Costanza et al. 2017). Thus, even people who think valuation of nature is morally wrong still do so, but implicitly. In the process of valuation we always use a human perspective, because that simply is the only viewpoint we have. This perspective is not by definition anthropocentric, but valuation is always performed by humans, as far as we know.

As stated, many people want to protect nature for nature’s sake. However, the decision to do so is not easy to make, because choosing between alternative land-use options involves many trade-offs and interests of different people. We live in a world with limited land area and a growing human population, and deliberate decision-making becomes more important in maintaining planetary habitability and human well-being. To make good use of the land and its resources, ideally decision-makers should consider all trade-offs, not just the effects on nature because of its intrinsic value – or marketable goods for that matter. Following this, one could even argue that wanting to protect nature for its intrinsic value only is actually an egocentric thing to do, because it is only based on a personal valuation. Doing so does not fully recognize other human needs.

Monetary valuation of nature is wrong and an injustice to nature.

It is important to note that monetary valuation is not the only method to compare ecosystem services, and it is not always included in ecosystem services assessment. Other possible units of measure include biophysical units, time units, labor units or relative terms using a variety of indicators, as mentioned by Costanza et al. (2017). They also suggest the use of additional indicators to address the number of people who benefit from the ecosystem services, their preferences, accessibility of the ecosystem services and availability of substitutes. Importantly, monetary valuation is not meant to replace ethical, ecological or other non-monetary arguments, instead it provides additional arguments for decision-making processes (De Groot et al. 2012; cited in Schröter et al. 2014).

The main reason for the use of monetary valuation is that it allows for comparison between goods and services, whether these are actually on the market or not. Monetary valuation is useful because policy-makers use it all the time and so does everyone else when considering the spending of money. Our familiarity with how money works makes using it for ecosystem services a good way to communicate their value. I believe that the monetary valuation is not meant to represent the ultimate truth about the value of nature or ecosystem services. Instead, it is mostly meant to raise awareness about their relative importance compared to man-made services and to highlight the common undervaluation of externalities, as is mentioned by Schröter et al. (2014).

Furthermore, in general money is supposed to represent ‘happiness potential’. Our financial system is quite complex, but ultimately we aim to use our money in a way that maximizes our happiness potential. We have a sense of how much happiness potential or well-being money is worth to us and we trade it for goods and services that equal or exceed that. The current economic system does not factor in everything that is relevant to our wellbeing, such as maintaining our environment, and ecosystem services go some of the way to remedying that.

The ecosystem services approach is not inclusive enough.

Lately, concerns have risen in the ‘biodiversity camp’ about the ecosystem services approach not including social disciplines and indigenous knowledge. These concerns led to the Intergovernmental Science-Policy Platform on Biodiversity and Ecosystem Services (IPBES) adopting the new concept ‘nature’s contribution to people’ (NCP) and shifting away from the ecosystem services concept. As covered in a recent Nature article, NCP does not include monetary valuation because this is thought not to fit with non-Western approaches to biodiversity, which are more holistic than Western approaches.

As the Nature article goes on to highlight, people that have worked with the ecosystem services approach may see it differently than IPBES. According to Dolf de Groot, associated professor in Environmental Systems Analysis at Wageningen University and chair of the Ecosystem Services Partnership, stating that the ecosystem services approach is based on Western thinking is incorrect.

Factor in the true usefulness of nature.

In conclusion, I hope I have provided some context for what ecosystem services is really all about: not simply commodifying natural environments, but providing a mechanism to ensure the true usefulness and intrinsic value of nature is factored into human decision-making. It is based on an eco-centric perspective and I believe it can actually enhance this mindset through showing people the magnitude of nature’s value. However, this is only possible if instead of reducing it to the challenges surrounding its monetary valuation, we communicate about the approach as it is actually meant.