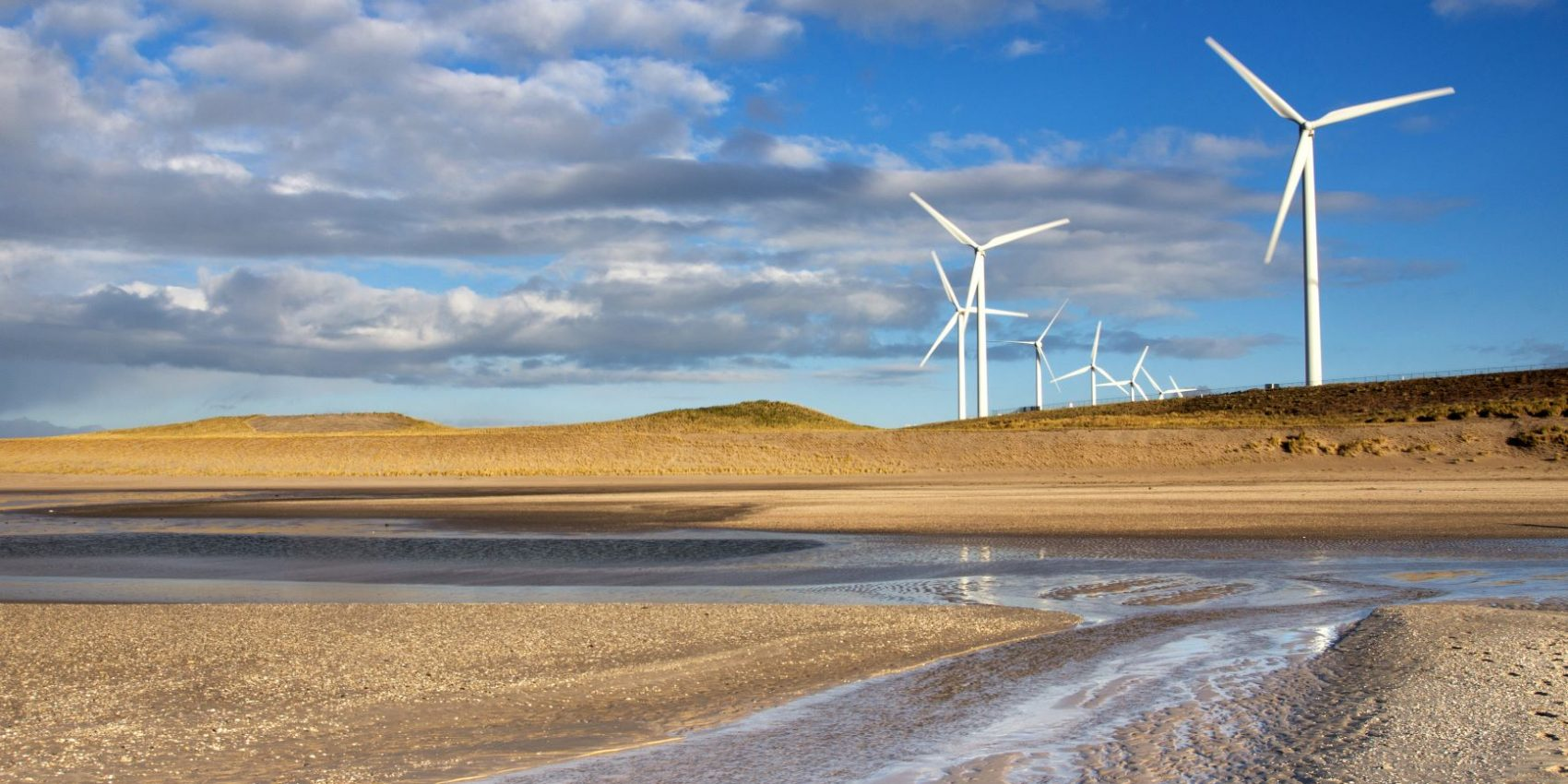 Produced with partners Copper8, our white paper Metal Demands of the Dutch Energy Transition uses the Netherlands as a case study for examining what materials are needed to build the country’s planned renewable energy infrastructure. The study found that between 3.2 and 4.5 million tons of metals are required by 2030 to achieve the Dutch renewable energy targets – rising to between 11.8 and 16.4 million tons by 2050.Roughly 87% of of these metals are common materials such as steel and iron for the foundation, shaft and blades of wind turbines. However, global production of six rare metals used in solar panels and wind turbines is low enough that if the rest of the world matched Dutch targets, there would not be enough of these materials to enable the shift to renewable energy needed to avert catastrophic climate change. The situation also has significant geopolitical consequences as China has established near complete market dominance in rare metal extraction and processing.

One of the most in-demand metals is neodymium, an important ingredient in wind turbine magnets, of which the report estimates the Netherlands should only consume 0.6% to 1% of global production, but is instead on track to consume up to 3%. The other metals in critical short supply are tellurium, terbium, indium, dysprosium and praseodymium. 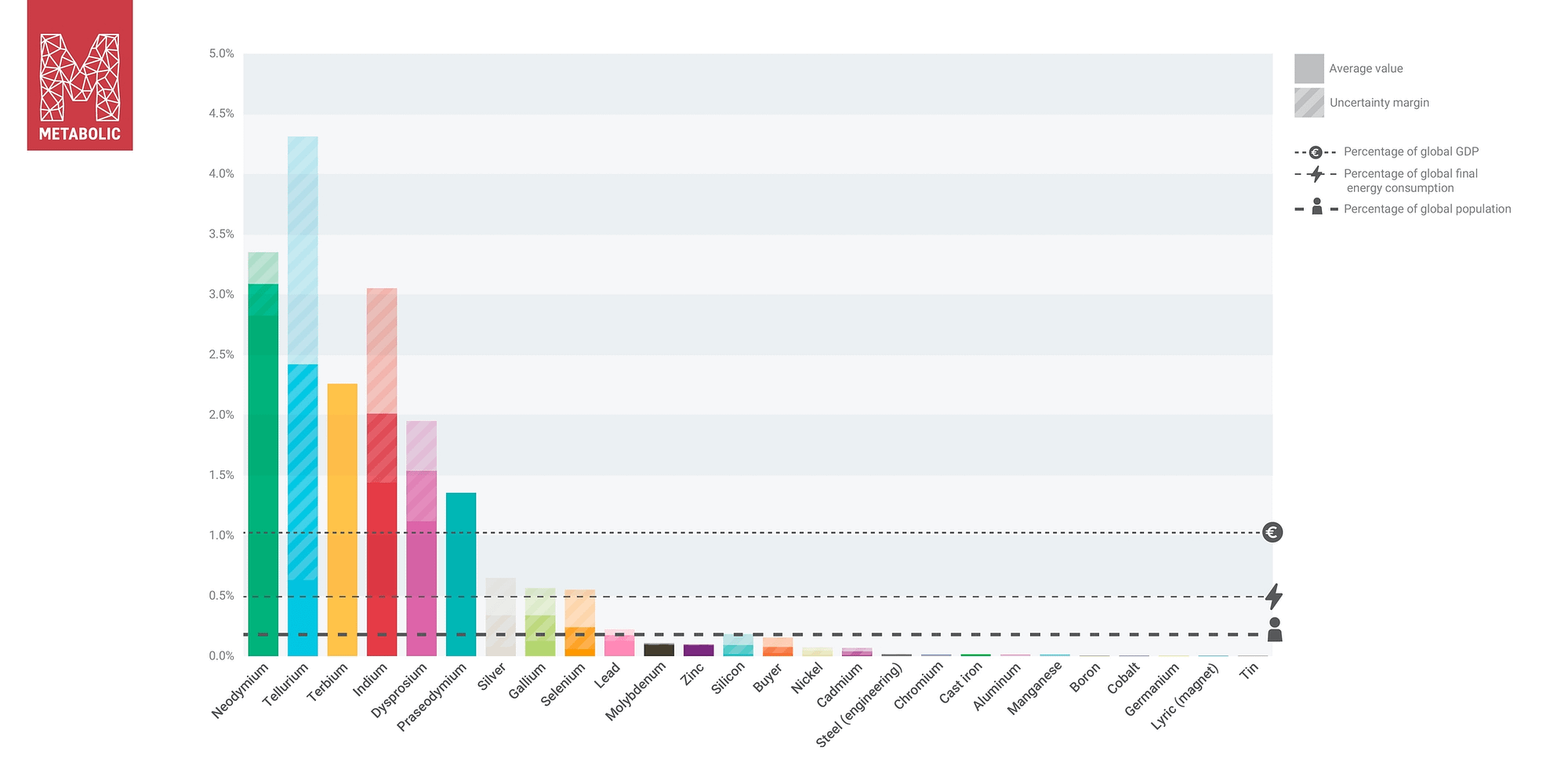 Save rare metals for solar panels – not Playstations

Our sustainability consultant Pieter van Exter, one of the authors of the report, said the analysis only considered demand for wind turbines and solar panels, and rare metals such as neodymium are also needed for a variety of other uses, including electric vehicles and energy storage, as well as in electrical equipment such as hard drives and loudspeakers.

“We should think strategically about our rare metals,” he said. “We should not use them for Playstations – we need them for solar panels!”

For the thousands of wind turbines and millions of solar panels needed to meet climate targets, our report recommends circular design principles that allow for product life extension through simple repairs and upgrades, and high-quality reuse possible through components that can be refurbished once the functional lifespan is over.

One limitation of banking on a circular solution is that so many wind turbines and solar panels need to be deployed at once in the coming decades that the rare metals will be in use in new equipment, therefore not available for recycling. This need for rapid deployment could also see rare metal mining and production operations struggle to ramp up to meet demand. There is a great deal of uncertainty about the supply chain of these metals that needs to be examined in further detail.

Other priorities are to develop new sustainable alternatives less dependent on critical metals and to invest into research in recycling rare metals, often integrated into technologies in complex ways and in very low quantities that can prove difficult to extract for reuse. In fact, in some cases it is preferable to use more rare metals in components so they are easier to recycle. 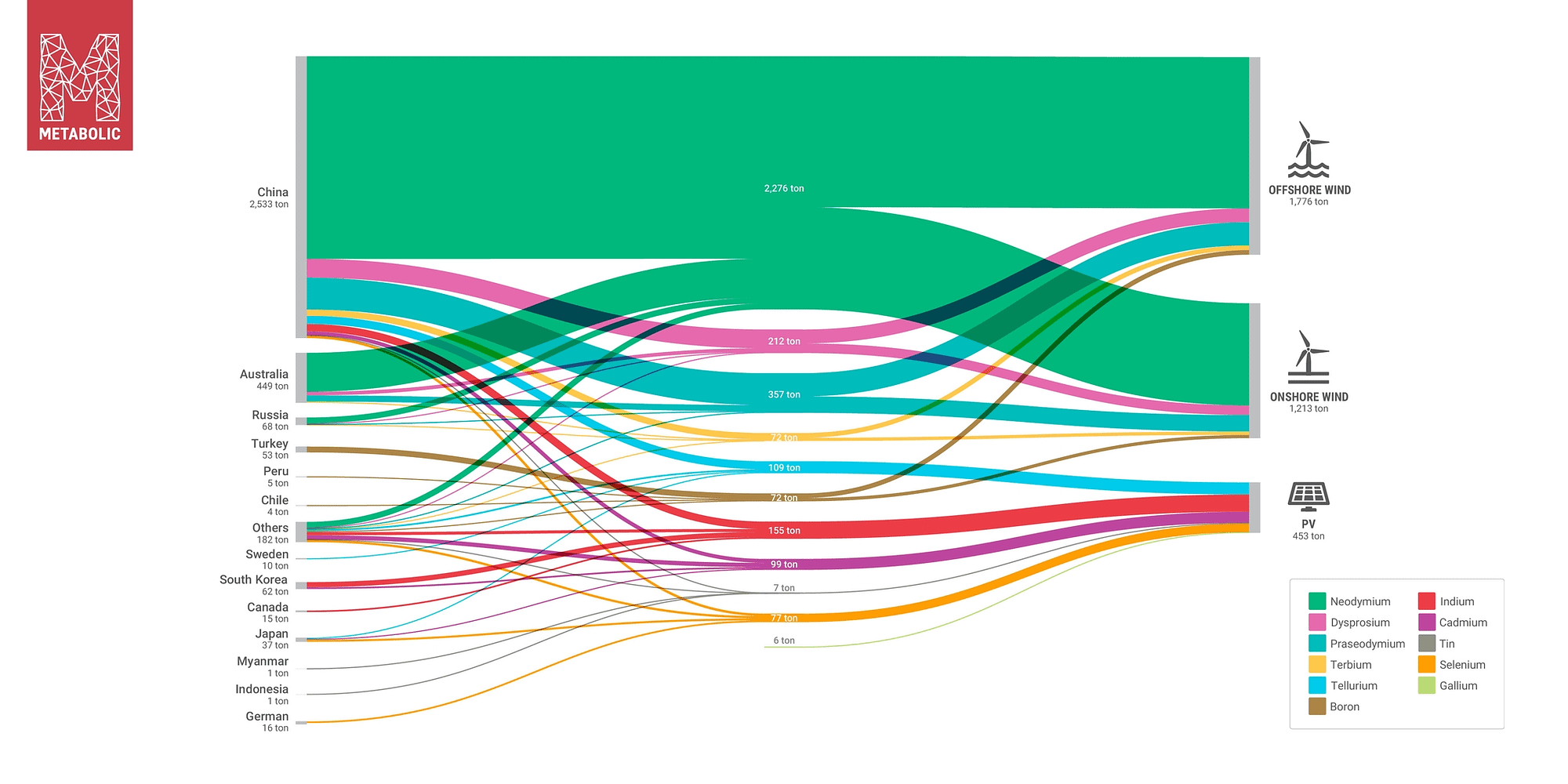 According to van Exter, the world is exiting the age of oil and entering the age of rare metals, leaving the world vulnerable to shifting geopolitical dependencies away from Middle East oil over to China.

“About 80% [of rare metal mining] is in China, and in the refining market they are near 95%,” he said. “There might be a certain moment when they prioritize their own renewable production over others – they have been taking a strategic position in getting all the technological expertise and data around this.”

To reduce dependency on China, our report recommends increasing resilience throughout the entire supply chain for Europe, not only developing its reserves of rare metals in Greenland and Sweden, but creating its own processing capacity as well.

In the end however, the drive to reduce carbon emissions is a global cooperative effort, so the race to secure enough rare metals needs to be as well – there is no point being the only country with enough material to meet the renewable energy targets the entire world needs to achieve in order to avert global climate breakdown.

To read the full report, click here (in Dutch), or to find out more, contact Pieter van Exter at [email protected].