Published on the 4th of February 2020 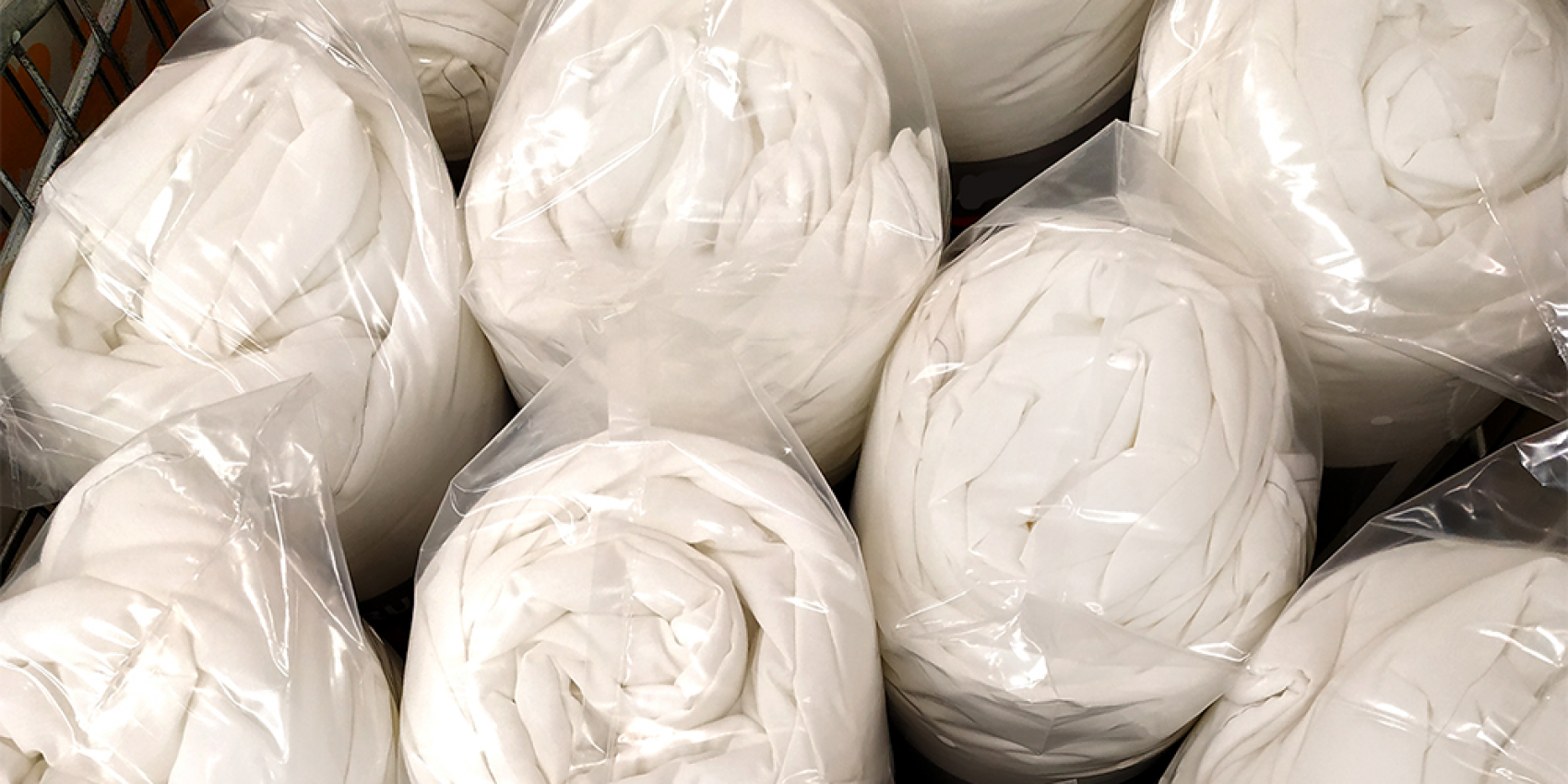 Each year, consumers discard enough mattresses in the Netherlands to fill the entire Amsterdam Football Arena all the way to the roof. That’s more than one million used mattresses, making it the current largest waste stream within household waste. The vast majority of these discarded mattresses are incinerated. In 2016, the Utrecht Sustainability Institute and the Amsterdam Economic Board organised a Circular Economy Lab to discuss how to make the mattress industry more circular.

Throughout the Week of the Circular Economy, we are shining a spotlight on inspiring sustainable initiatives in the Netherlands. Joining forces with startups, social entrepreneurs, creative professionals, leading companies, and forward thinking governments, to showcase what a circular economy can look like. Meet the pioneers, learn from them and get inspired! Today we are sharing this interview by the Amsterdam Economic Board, who interviewed Jan Nieuwenhuis, chairperson of Ketenoverleg circulaire matrassen, as well as Jacqueline Cramer from the Circular Economy Amsterdam Economic Board.

How did you first become involved with the circular mattress project?

The Circular Economy Lab kicked off a nationwide collaboration between key players in the Dutch mattress industry. Manufacturers, importers, recycling companies, suppliers of raw materials, industry associations and policymakers have joined forces to establish the Ketenoverleg Circulaire Economie Matrassen. Their aim is not only to ensure that discarded mattresses are recycled, but also to establish a solid business case for the recycling process. Jan Nieuwenhuis was invited to serve as chairperson for this organization.

What is the crucial factor for this to succeed?

Since the Lab was founded, we’ve been working hard to develop an Extended Producer Responsibility (EPR) policy. This policy will hold mattress companies responsible for ensuring that their mattresses are eventually recycled. They will either have to pay for the recycling themselves or arrange for consumers to cover the costs. After all, recycling costs money: about €10 per mattress.

What will it take to make this initiative a success?

It won’t be easy. It will require innovation, both in mattress construction (eco-mattresses) and recycling techniques. We also need a better understanding of the types of materials used in mattresses that have already been discarded, even when they are decades old and of unknown provenance. After all, the goal is to be able to resell the raw materials generated by recycling. Consumers must also be offered a choice between mattresses that are easily recyclable and those that are not. This means equipping mattresses with labels similar to those used on clothing. As yet, no such label exists for mattresses. Finally, it is absolutely vital to have sufficient recycling capacity available. These are ambitious goals, but necessary ones.

This initiative has not gone unnoticed. The Circular Economy for Mattresses project was chosen as one of the Transition Agenda for Consumer Goods’ “Iconic Projects”. It was also designated a ‘ground-breaking project’ by Dutch circular economy accelerator Het Versnellingshuis.

How can this project serve as a best practice for others? And which challenges still remain?

The introduction of Extended Producer Responsibility for mattresses has served as illustrative case during the development of a cohesive circular economy program in the Netherlands. It has come to be seen as an example of best practice and an inspiration for other circular projects. But the introduction of producer responsibility initiatives, while a good first step, is by no means sufficient. In recent months, participants in the Ketenoverleg and a number of other parties have worked together to identify four conditions that are necessary for success:

This year, the majority of mattress manufacturers and importers will introduce (or have already introduced) eco-mattresses, such as a new fully recyclable mattress by Auping and DSM-Niaga. The emphasis is not only on redesigning mattresses, but also on the use of mechanical recycling methods. In addition, the Dutch Furniture Manufacturer’s Association (CBM) has received approval for its PRIMA Project under the Ministry of Economic Affairs’ Demonstration of Energy and Climate Innovations scheme. PRIMA stands for Pyrolysis Recycling Initiative for Mattresses. The next step will consist of large-scale trials to explore options for the chemical recycling of discarded mattresses. Dutch mattress recycler RetourMatras and IKEA have also begun developing chemical recycling technologies.

It is important to ensure that the materials recovered by recycling mattresses all demonstrably comply with existing regulations.
Recent analyses have therefore examined three different aspects of recycled foams: material toxicity, odor and pathogens. Guidelines were also established for the detection and neutralization of these undesirable characteristics. Funding for these analyses was made available by the Dutch Ministry of Infrastructure and Water Management. The Netherlands Institute for Public Health and the Environment (RIVM) has promised to present a research design in early 2020. Organisations such as CBM, Mattress Recycling Europe and RetourMatras will guide the process along, together with waste management company Renewi and European foam manufacturers’ association Europur.

In order to adequately inform consumers about mattress composition and to enable companies to recycle them after 10 to 20 years, Dutch standardization institute NEN will facilitate the implementation of a new norm (NTA) for mattress labeling in the Netherlands in early 2020, with an international norm following during the next phase. All interested companies and organisations are welcome to contribute. Mattress manufacturers and recycling companies intend to add an easily recognizable color code to the labels in order to help consumers make an informed choice. Implementation will most likely begin in the spring.

What kind of impact will an ambitious project like this have?

The Netherlands’ five largest producers and importers of mattresses – IKEA, Beter Bed, Auping, Swiss Sense and Hilding Anders – informed the Dutch Ministry of Infrastructure and Water Management of their intention to engage in voluntary EPR in September 2019. This will increase the recycling rate from its current level of 35% to 60% in 2025 and 75% in 2028. These businesses are currently working to transition their initiative from voluntary to binding, in which case all manufacturers and importers will be required to participate.

What role does the Dutch government play?

In 2018, the Dutch House of Representatives passed two resolutions on producer responsibility and recycling capacity. These resolutions have given businesses an extra incentive to take action. In October 2019, the Netherlands’ State Secretary (now Minister) for Infrastructure and Water Management promised to consult with relevant industry partners and to report back to the House of Representatives in writing. These consultations took place at the end of last year. The aim is to settle on a joint course of action before the committee debate on Circular Economy scheduled for 16 April and to present the conclusions to the Dutch House of Representatives.

What seemed virtually impossible three years ago now seems likely to succeed. The necessary innovation, legislation, increased recycling capacity and introduction of mattress labels are all well underway. This positive outlook is a testament to the power of cooperation within the business community, encouragement from Dutch policymakers and financial incentives from the Ministry of Infrastructure and Water Management.

If you are reading this article and want to minimize your mattress waste, have you considered renting? Bedzzzy offers mattresses made from recyclable materials. Every five years, the mattresses are exchanged for new ones and the old ones are deconstructed, recycled and re-purposed.

Circular textiles are on the rise in the Amsterdam area

Closing the loop with circular sweaters: an interview with Loop.a life