The organizer of the conference, the German Marshall Fund (GMF) focuses primarily on stimulating and strengthening Transatlantic cooperation. To do so, the GMF has built a network of US and European cities to learn from best practices, share knowledge, and establish impactful relationships.

The idea of the BUILD conference is essentially to get people talking, with the idea that such dialogue will translate to actions throughout the year. With any networking event, it’s difficult to predict the extent of subsequent actions that may result. But I found the event itself highly effective, particularly in how it opened up discussion and build meaningful connections between people.

I expected the trip to be more formal than it was. BUILD was open and relaxed, offering an environment that contributed to the rate and quality of exchange. Each lunch, dinner, and break was a great opportunity for people eager to learn from each other and share their experiences to connect. Everyone seemed to have the mindset to roll up their sleeves and harvest the lessons that they could apply back home.

Part of this was benefited by the broad range of professions in attendance. Architects and planners were there, as you might expect, as were a number of non-profits experimenting with new models of civic development, such as new forms of education that make strengthening local communities a primary outcome.

Metabolic was at BUILD to present the principles of a circular economy and to dive into how they can be applied in urban planning and design. I went together with our CFO, Sanderine van Odijk, and we both felt it was a great opportunity to translate these principles into what they mean for local economic development and the development of community capital. The GMF places its emphasis not per se on sustainable development but rather on community development, social inclusion, and strengthening the local economy. Both Sanderine and I enjoyed having a chance to share our hands-on experience of building communities around these more technical ideas and embedding circular principles on the ground.

One thing I particularly valuable was obtaining a more rounded sense of the American urban landscape. Talking to people involved in many aspects of urban development in multiple cities across the United States, you get a sense that issues of politics and race ensnare many cities in their search for policy solutions. The fact that a whole administration is replaced when a new executive (mayor) is elected is a dramatic shift from how most European cities operate. The effects of shifting politics on policy and budgeting can be quite destructive to a process of urban development, which inherently needs elements of long-term stability. Relatedly, there also seems to be less public funding for these developments.

In the cases where urban development is lagging behind, the ability to leapfrog presents an opportunity. Leapfrogging essentially means skipping a step (or a few). In the context of infrastructure it means avoiding costly investments in yesterday’s regulation, design, and technology. Leapfrogging infrastructure is best illustrated through the deployment of cellular networks. Developing countries are able to completely skip the costly step of ground networks and leapfrogging investments into cell networks in the form of cell towers (air) and in some cases low-orbit craft (space). This short 3-minute clip about ICT in Afghanistan is a good summary of this concept:

Although cellular networks in Afghanistan may seem unrelated to waste and water management systems in American cities, they have quite a bit in common. The World Bank’s Lead Economist in 2008, Andrew Burnes, lays out what seems to be a fitting generic recipe for systems change in infrastructure:

So the challenge I think will be for American policymakers and citymakers to see these leaps as both logical and feasible instead of ‘European’ or ‘Idealistic’.

Work aside, the short time I was able to spend in Bilbao was a beautiful experience. I was struck by how clean it was. What must have been a significant transformation of the riverfront had a palpably nice impact on the walkability of the city. I also had the opportunity to go to the Guggenheim, which was impressive. I recommend Jeff Coons, who’s unique ability to communicate the gluttonous aspects of modern society feels like a sense of empty gluttony in itself. 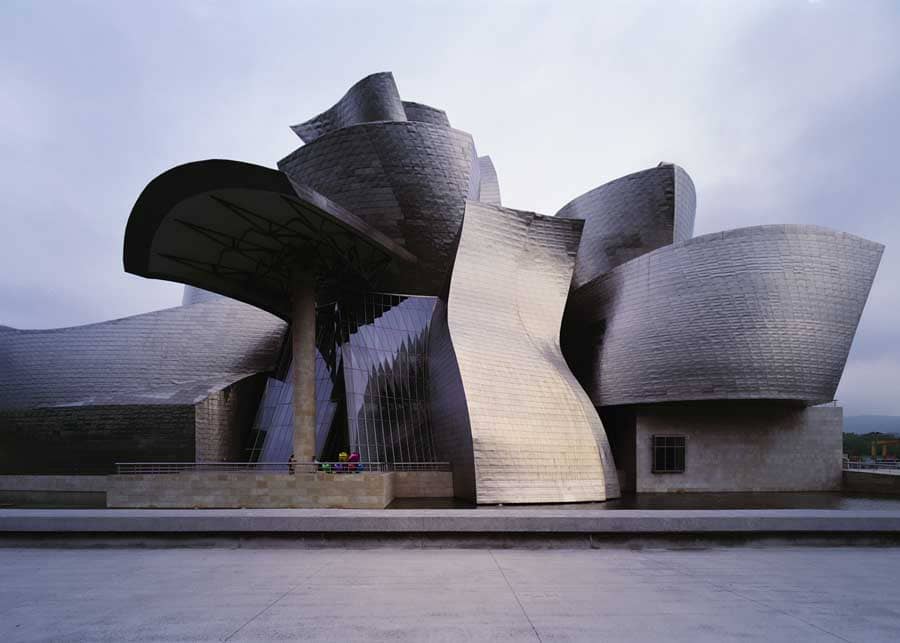